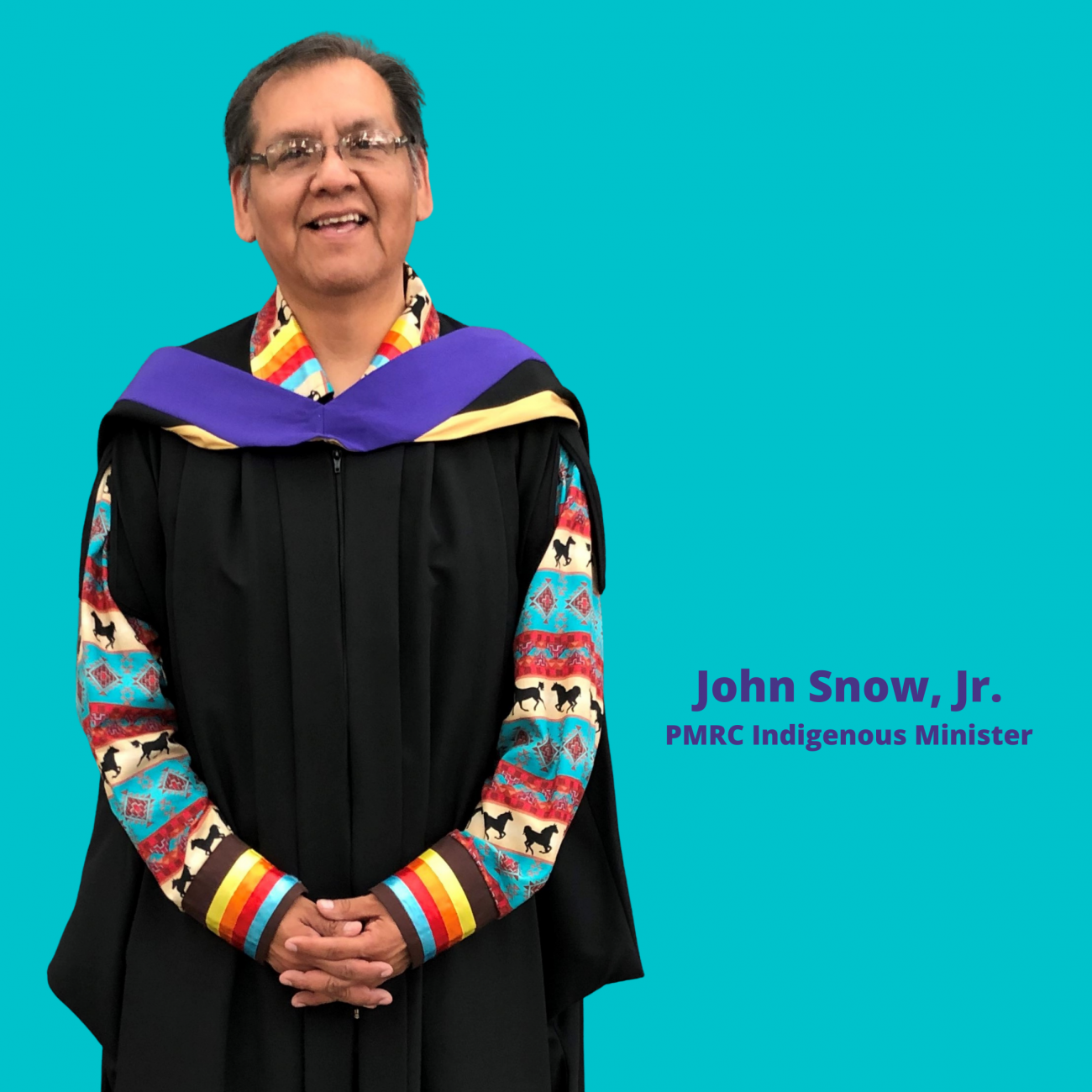 John Snow, Jr. is a direct descendant of Treaty 7 signatories and a member of the Stoney Tribe; he is a sun-dancer and pipe-holder in the Nakoda Tradition. John was educated in Canada, the United States and London, England. He holds an M.A. in Political Science in Public Policy, Law and Administration from the University of Calgary. John is a seasoned speaker, instructor and negotiator for technical oil and gas. He has worked with provincial and federal governments to advise on policy, guided by the Treaties, the TRC, and UNDRIP. John has been able to provide insight on Indigenous ways and history by giving presentations and instructing Indigenous courses for youth to post-graduate, and for the United Church and the Morley Ecumenical Conference.  John has served the United Church of Canada as a student minister in Maskwacis, as a member of the Permanent Committee on Finance, Chinook Winds Regional Executive, and the National Indigenous Council. A recent graduate of the Sandy Saulteaux Spiritual Center Indigenous Ministry Program, John is a Candidate for Ministry with the United Church of Canada and will be ordained in September 2020. He is currently completing his Master of Divinity at Vancouver School of Theology. John is looking forward to being in community and walking in faith together to build a vision for the future.

We are thrilled that John Snow Jr is joining the PMRC team as Indigenous Minister! John expresses a strong commitment to education and reconciliation, with deep lifelong connections to the church. John served on the Chinook Winds Regional Council Executive, was on the National Indigenous Council, and has been serving in ministry in Sampson Pastoral Charge.

John  begins in his work with the PMRC on August 1st, 2020 and he will be moving to BC when he is able, working then out of the Rumble Street office. During these still-COVID19 days, John will work remotely from Alberta until his move to BC. John can be reached after August 1st at this address: jsnow@united-church.ca.

The role of the Indigenous Minister within the PMRC is to support United Church communities live into strength and self-reliancy, and to initiate and coordinate United Church participation in the total life of Indigenous relations and communities. John will work with Indigenous communities in BC, providing services where there are no clergy, and supporting both lay and ordered leaders. He will be the PMRC staff resource person for, and hired in partnership with, the BC Native Ministry Council, and will support the regional council in its ongoing work toward reconciliation.

If you’d like to know more about John – he shares about himself in his bio below, and you may want to read “These Mountains are Our Sacred Places: the Story of the Stoney People” written by his father, Chief John Snow. 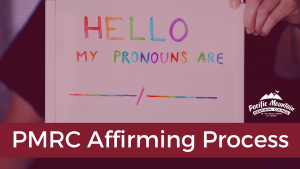