To mark International Women’s Day, March 8th, 2022, The Archives is honouring those women who had the fortitude and courage to pave the way for gender justice and equality in the United Church of Canada. Ann Evans (Bartram) is one of those women. She was 26, married, and had a child when she applied for ordination in 1965. 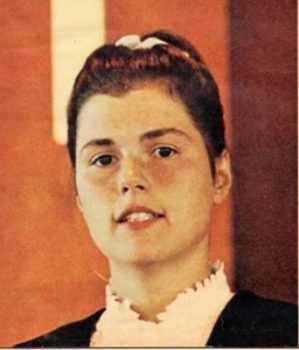 According to the Star Weekly magazine (Toronto, November 19, 1966):

…she was accused of being “a frustrated housewife seeking self-fulfillment.” [Toronto] Conference delegates debated her motives, then voted three to two in her favor, but one clergyman still calls her “our beauty chorus candidate.”

Listen to Ann tell this part of her story in her own words.